Thank you! Your submission has been received!
Oops! Something went wrong while submitting the form.

Cornwall-based site-specific theatre company Wildworks has announced the appointment of Myriddin Pharo as its new Artistic Director, with immediate effect, three years after the passing of its co-founder Bill Mitchell.

Myriddin, known as ‘Mydd’, is the long-standing production designer and a founding artist of Wildworks, having worked extensively with the company across its 15 year history. As Artistic Director, he will now lead all aspects of the artistic vision, both of the company, and of future productions, and his appointment marks a fitting point in the ongoing process of the evolution of Wildworks, an Arts Council National Portfolio Organisation, after the untimely death of Bill Mitchell in 2017.

Mydd has worked on every Wildworks’ project, with particular highlights including The Passion in Port Talbot in 2011 and Wolf’s Child in 2015 and 2017. He has also worked extensively as a key collaborator for other companies including Kneehigh, Nigel and Louise of Shunt and Punchdrunk.

Founded in 2005, Wildworks makes site specific theatre taking audiences on physical and emotional journeys; working with landscapes and people, telling stories of the world we all live in. The Wildworks method involves ‘bedding down’ in locations, getting to know the people who belong to it, teasing out the secrets, and stories, that go on to drive and shape each show and experience.

From their base in Cornwall, Wildworks’ work takes place around the world, with over 30 projects taking place in 21 countries, with over 45,000 participants and an audience reach of an excess of 1 million. Recent Wildworks locations have included Belgium, Palestine, Malta and UK beaches, gardens, castles, skylines, basements and more. Key past productions include The Day our World Changed and 100: UnEarth with 1418 and the Lost Gardens of Heligan, The Enchanted Palace with Kensington Palace, Once and Twice Upon a Castle with Kasteel van Gaasbeek, near Brussels in Belgium, Wolf’s Child with Trelowarren, Cornwall, The Beautiful Journey with Devonport Dockyard, and The Passion with National Theatre Wales and Michael Sheen.

Wildworks has today marked the appointment of Mydd Pharo, and its ongoing evolution, with the launch of a new teaser film that illustrates the new company aesthetic, with a new logo and livery. A new website, developed with Cornish creative agency A-Side, will follow shortly.

“ We’re all pleased that Mydd has agreed to lead the shaping of our work moving forward, building on our reputation for strong, stunning visuals and deep, powerful, personal and place-centred storytelling. It was our collective determination when we lost Bill Mitchell in 2017 that we would deliver on his dream for the company to carry on his legacy.”

Emma continues, “Until now, we have not had the ‘right’ way, or person, to honour this wish. Our appointment of Mydd, at this pivotal point and time, feels like we can now naturally fulfil this hope and this duty, and we all know that Bill would wholeheartedly approve of us all stepping forward together, with Mydd leading from the front. We are exceedingly grateful for the ongoing support from Arts Council England and Cornwall Council during this extended period of transition into our new future.”

Wildworks Chair, Gav Stride, said, “I could not be more pleased in this appointment, made in collaboration between the board and the company, because it feels natural and proper, with the right ‘sprinkling’ of artistic risk that Mydd brings to his practice. As it always was, Wildworks is continually committed to supporting artists to push boundaries and to the nurturing of new talent and the making of extraordinary art. Mydd has grown, developed, flourished and benefited from that process under Bill’s direction. Now, with Mydd’s appointment as Artistic Director, his clear, dynamic and exciting vision makes all of Wildworks’ work all the more possible, as he leads the company into the future with new shows and commissions to be announced at the appropriate times.”

Emma Rice, formerly Artistic Director of Kneehigh and The Globe, and now founder and Artistic Director of Wise Children, has worked with Mydd on previous shows. She says, "Mydd Pharo is a genuine one-off! Primal, surprising and witty, his work combines the ancient and modern, the urban and the rural. He is a visual magician; a theatre shaman, no less!" 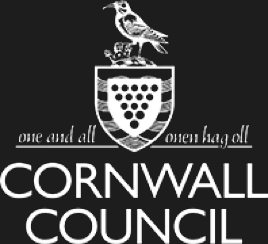