You are minding your own business. Suddenly a man with enormous wings crashes to earth beside you. Good luck or bad? Angel or demon? All you know is your life, and the life of everybody you know, will never be the same…ever again!

A Very Old Man with Enormous Wings is a very simple story by Gabriel Garcia Marquez that deals with profound issues of communities affected by change, and the metaphor of the sea bringing and taking away. Communities across the world are unique but often share variations of the same story. This is how we approached the project, exploring a ready-made world that is self-sustaining yet how an unexpected arrival changes that.

Working in Malta, Cyprus and Cornwall, we were able to adapt the story to the individual locations. Each place had its own story, geography, trades, political issues and people but we realised they were not so very different. Most poignantly we found this in Cyprus (2004) when we brought Turkish and Greek Cypriots together to collaborate as audience, participant and performer.

We had to get permission from the UN to build our village and we needed to place it on the Green Line, the buffer zone between the two separated halves of the island. We found an eclectic mix of Turkish and Greek Cypriot theatre makers and, amazingly, we were granted permission to allow the two halves of the island to come together to form the audience.

Mahal-le, our village was set in a derelict tavern that had been closed down because of sniper fire. Every night we brought it back to life with songs, dances and poignant emotion.

“The strongest memory of making this show was in a rehearsal. Derman, a Turkish Cypriot performer began teaching his dance to the company. The Greek Cypriot girls immediately joined him, with tears in their eyes, saying: ‘This is my dance. This is the dance we do in my village’. We had been told that the two cultures have been separated for 26 years.

We had a glimpse of what that meant and this is perhaps what this work does best – it leaps across boundaries of nationality, culture, language, prejudice and history.”

Mahal-le materialised in 3 different locations: Vittoriosa, Nicosia, Hayle. It was not a representation of those places. It was itself. But it may be that the challenges faced by Mahal-le when a decrepit old birdman crash-lands in its midst might have appeared somewhat familiar.

Initially suspicion, superstition and prejudice are rife but as prosperity creeps in, the attitudes change, but so do the dynamics of community. For better or for worse? That’s for you to decide.

The working harbours were our stage; each presenting a stunning platform but also a source of inspiration, talent and the material for our stories. Every place makes its own special demands but where there’s a will there’s a way and we were introduced to local people willing to help us. They become part of the production and the team grew. By these chance encounters meaning and depth are added to the production.

In Malta (2003), the whole town turned out to watch the event, witnessing local people abseiling down the town’s 60ft sheer walls, speed boats racing across the water and an ‘angel’ flying 300ft over the grand harbour.

Finally in 2005 we came home to Cornwall, to Hayle Harbour which back in the early 19th Century was the most important mining port and steam engineering manufacturing centre of the world. The South Quay we inhabited was a dog walkers wasteland.

To the magical-realist village of Maha-le that we created, we added the following: a festival of Cornish, Maltese and Cypriot food & crafts, a generous portion of music, stirred in some dancing, blended in a charismatic bunch of performers, poured in hordes of people and infused an array of colour and the spectacular. Last but by no means least, we added a few drops of the WildWorks magic essence and we breathed life into this abandoned, historical  landscape.

Each night, 10pm sharp, the people of Hayle came out of their houses and watched our angel soar high above the town, illuminated in brilliant white against the black night sky.

“On a multitude of levels A Very Old Man is an extraordinary piece of work. In terms of the regenerative effect of a piece of work on a depressed community, the social cohesion that this might inspire, the civic pride in hosting work of this quality and (most importantly in my view) in terms of the artistic quality of the work itself this is an exemplary achievement.” 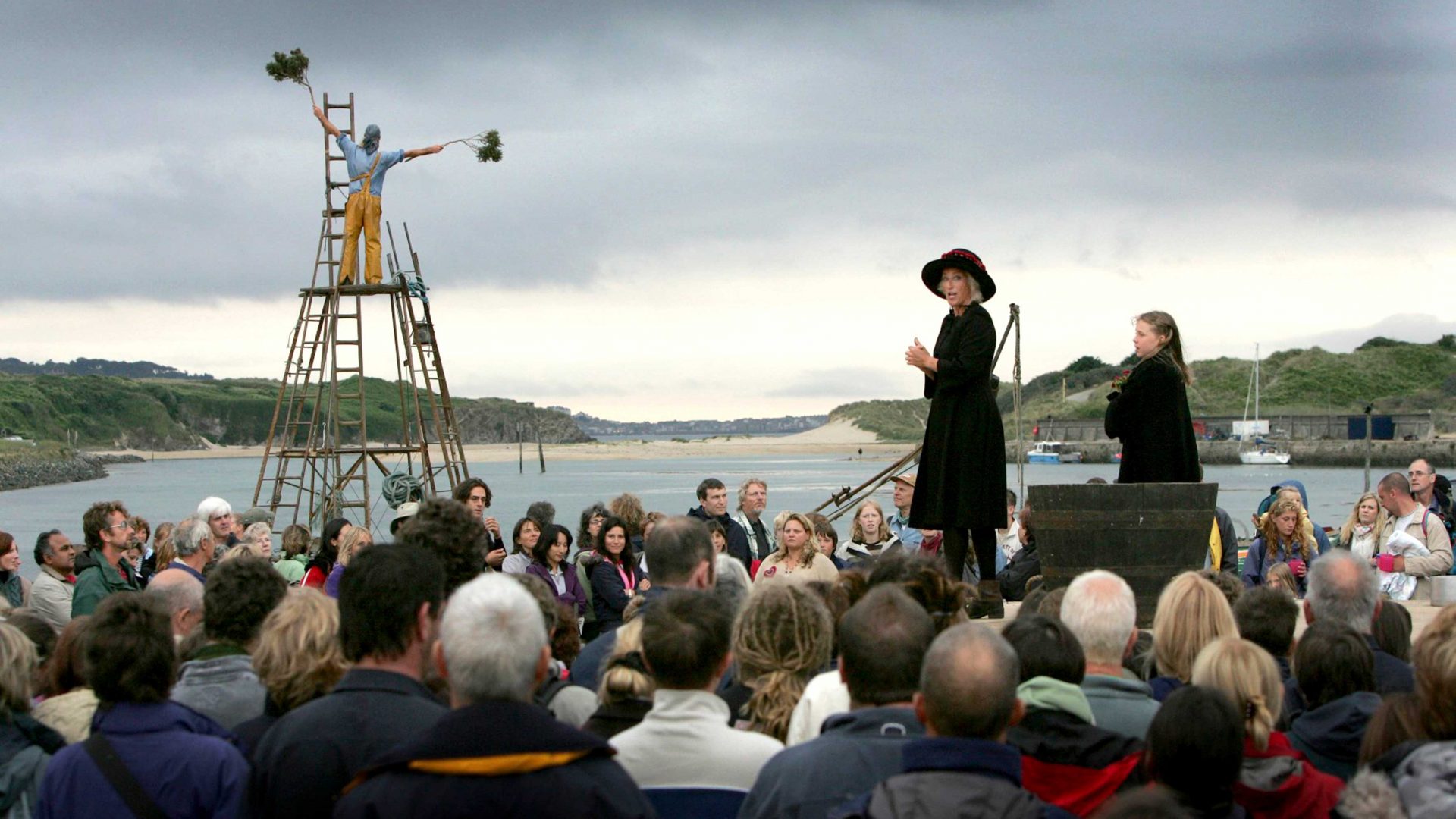 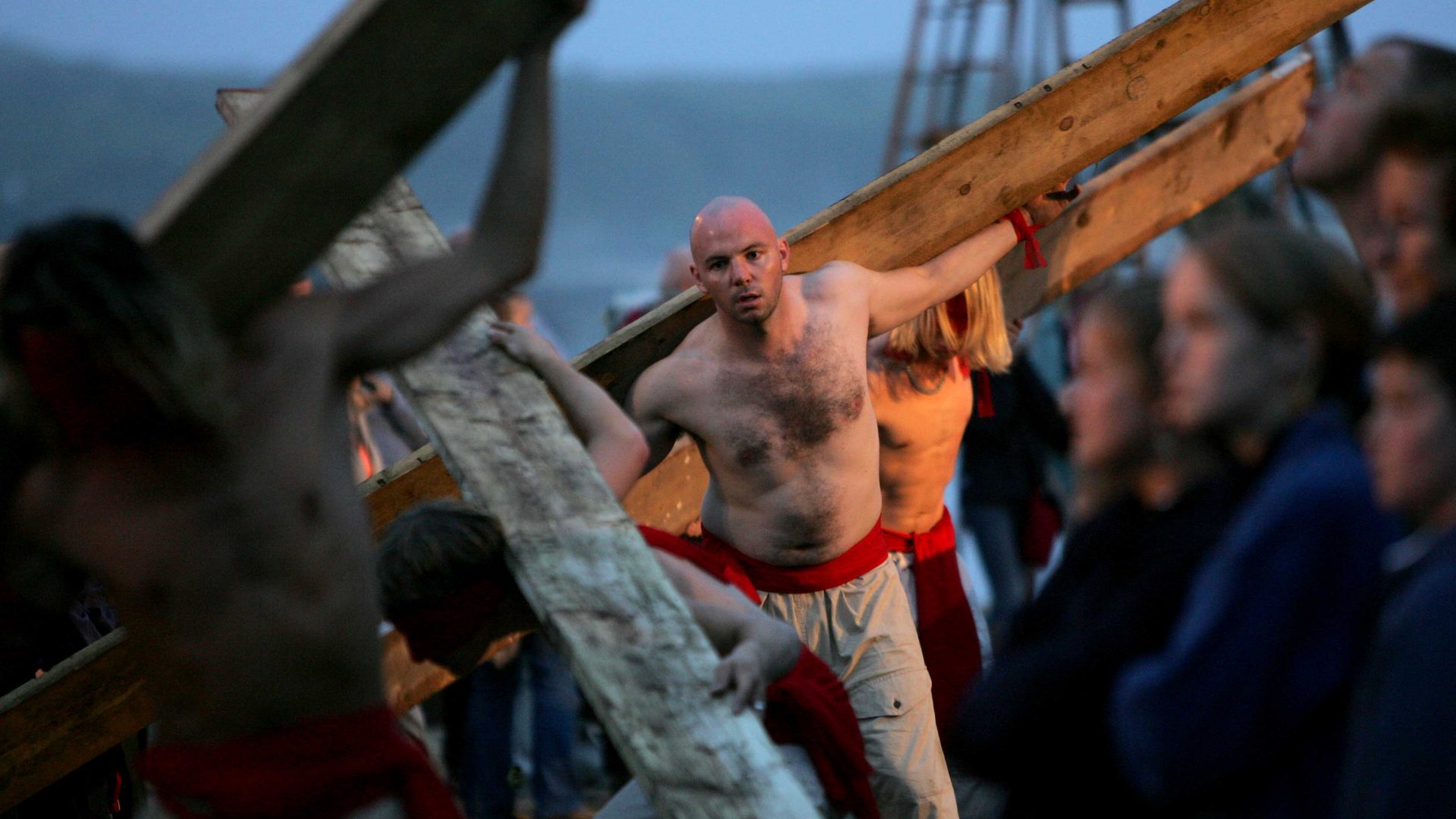 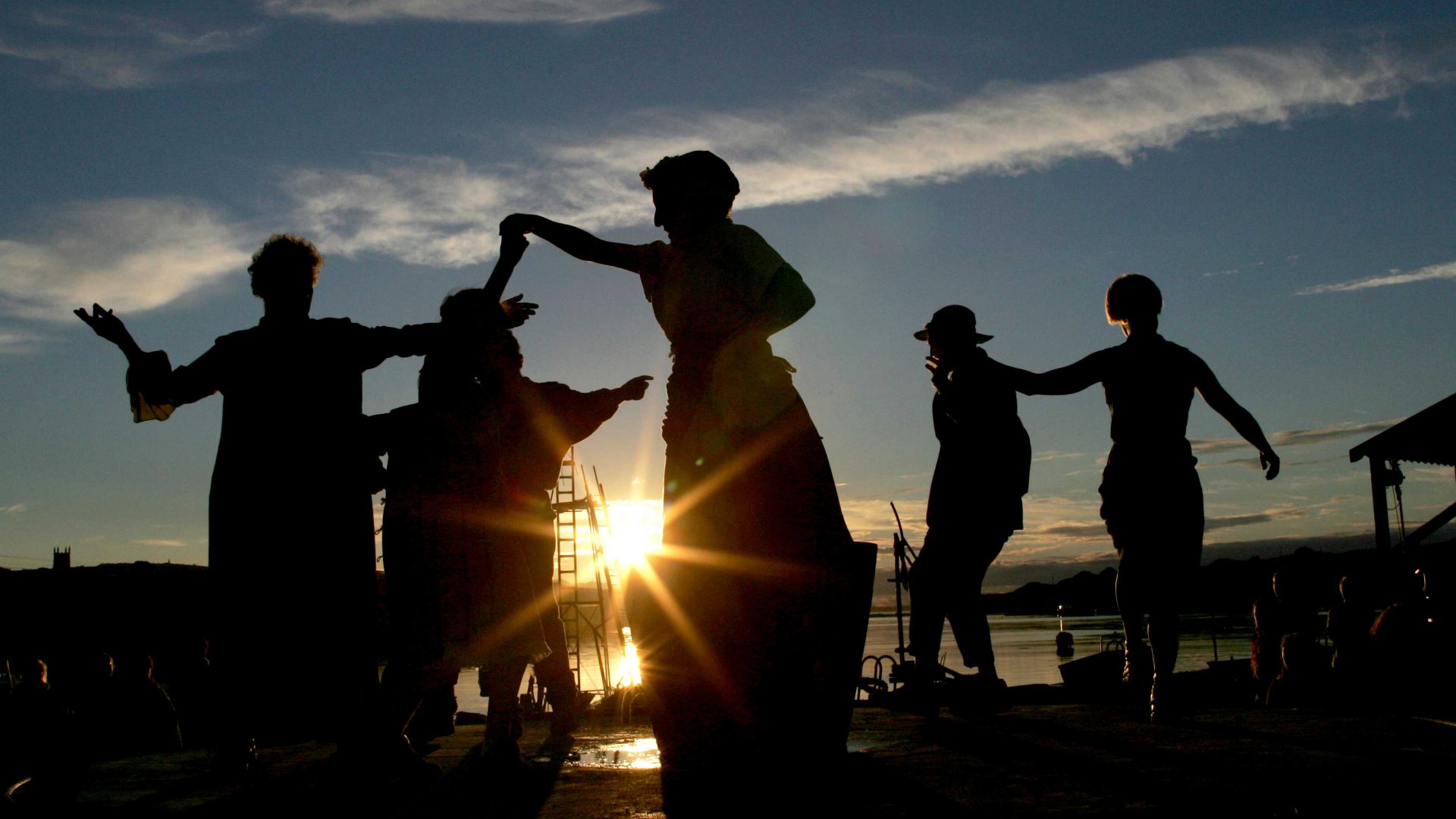 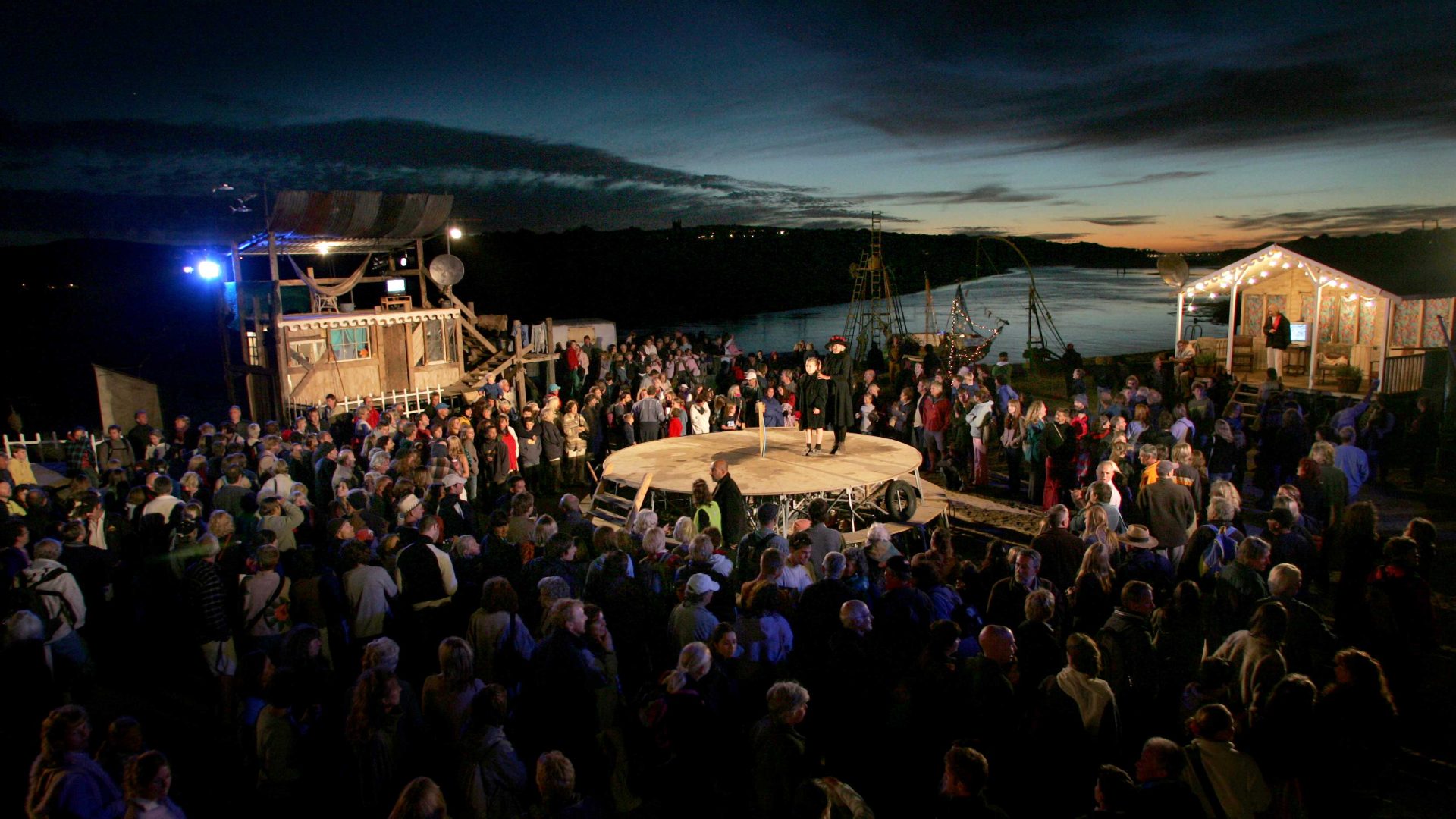 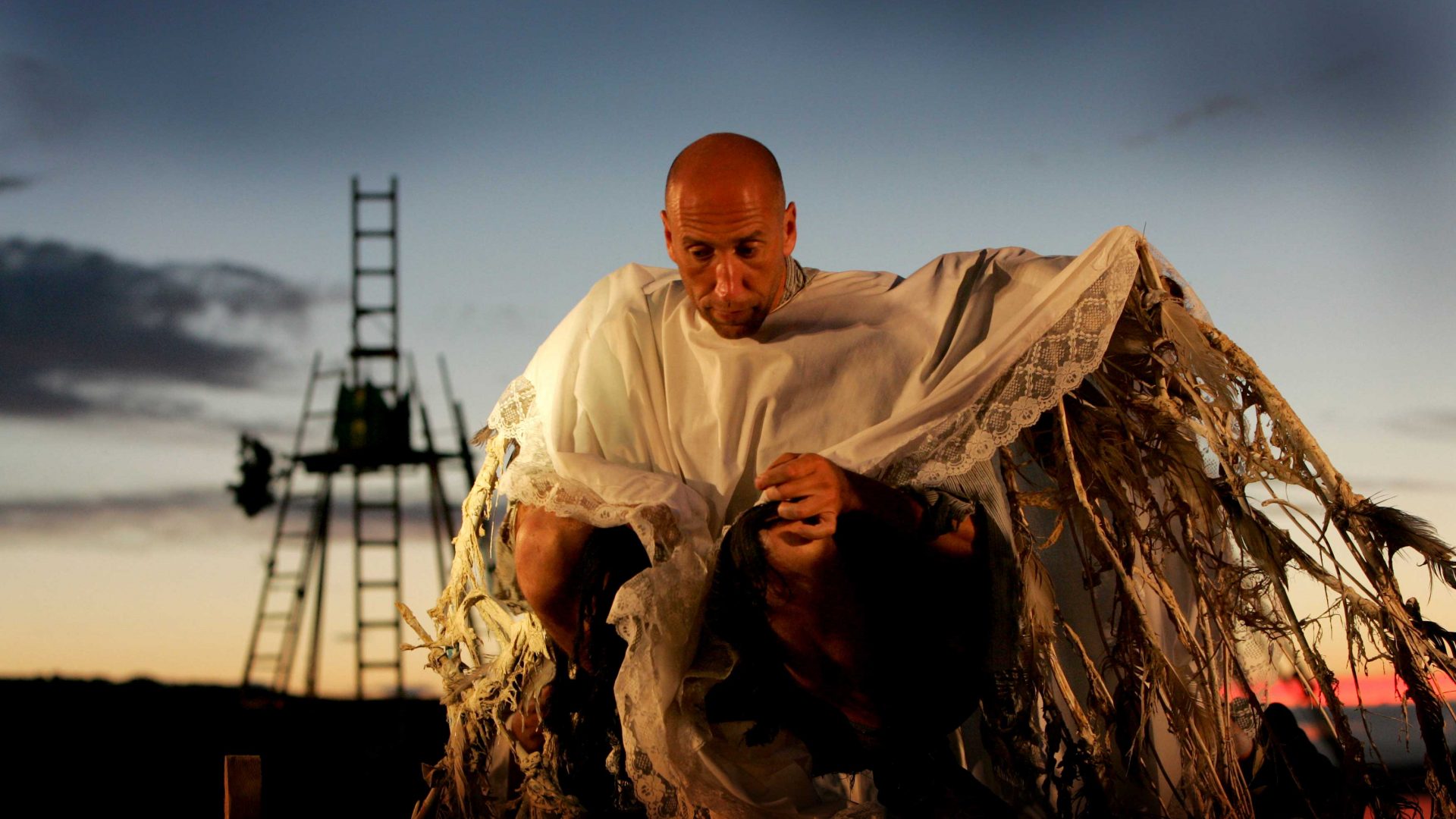 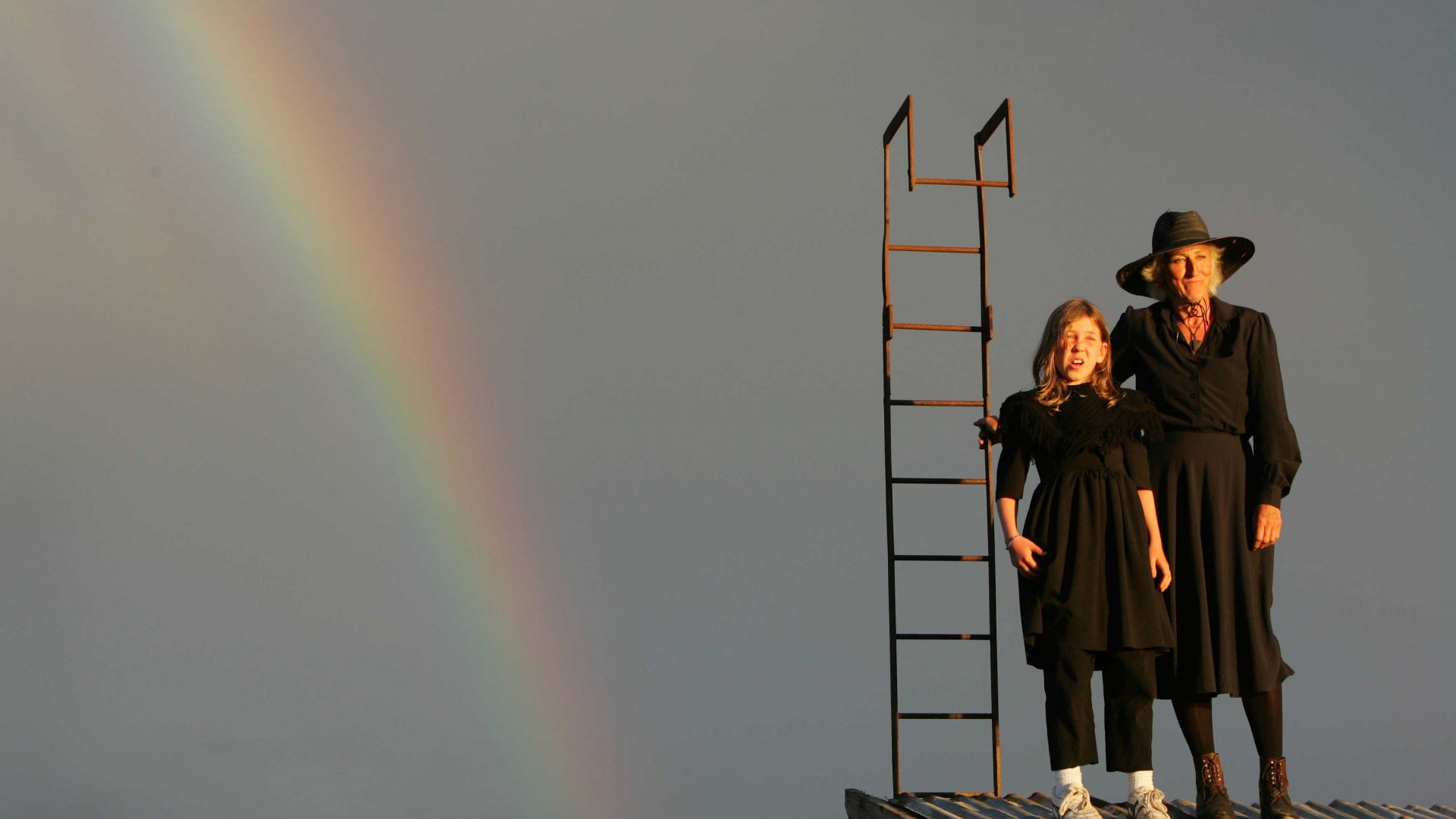 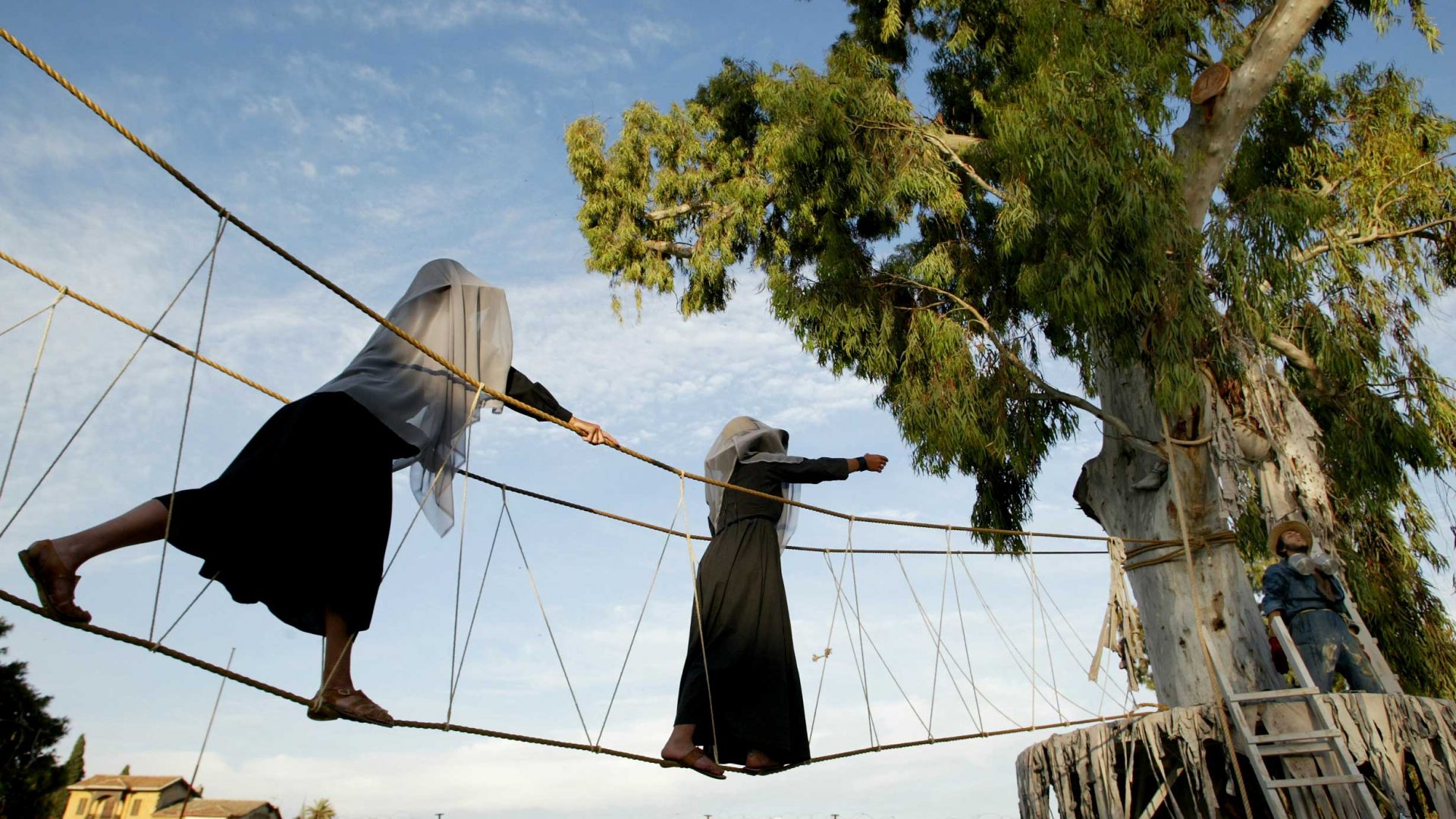 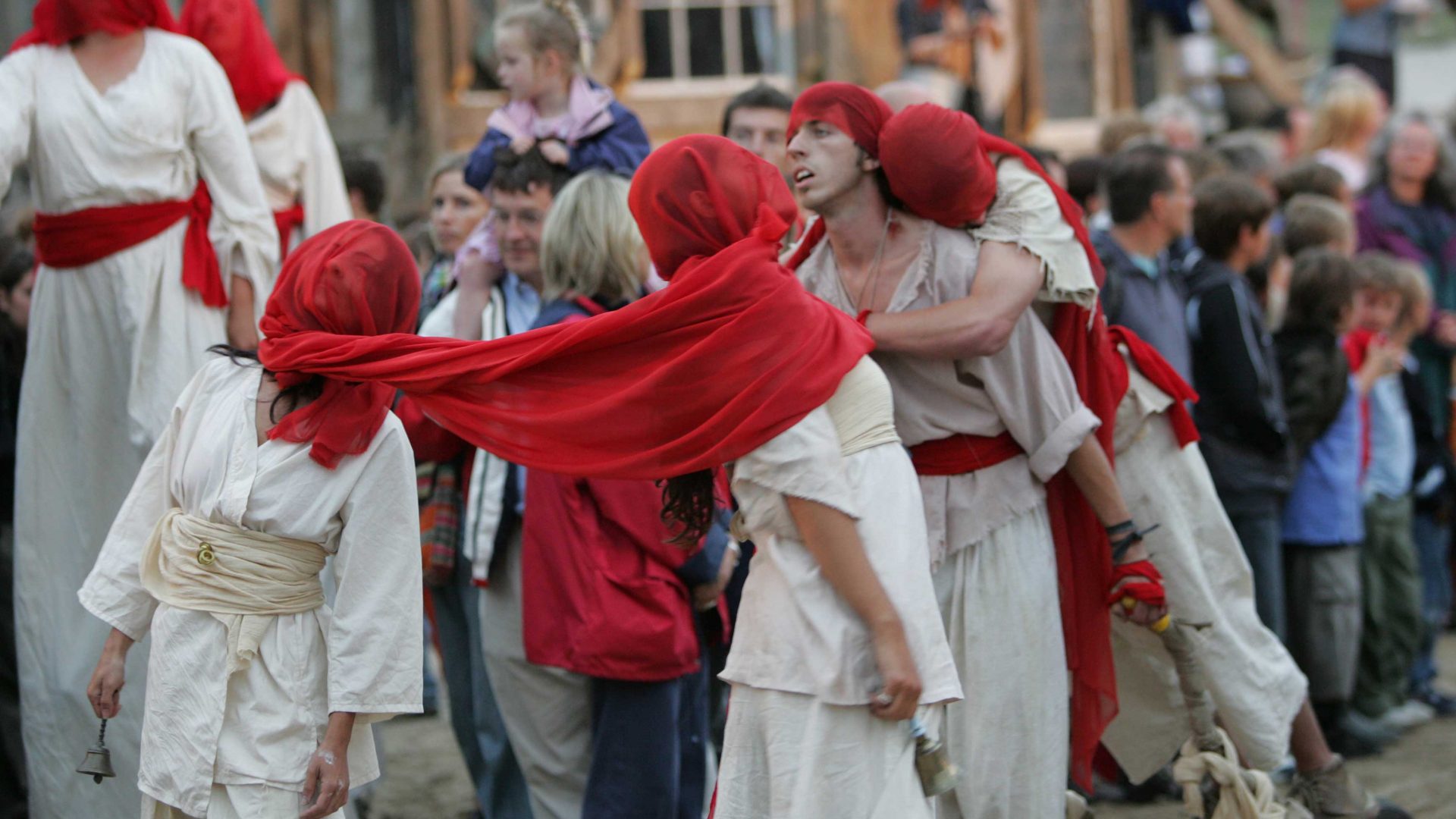 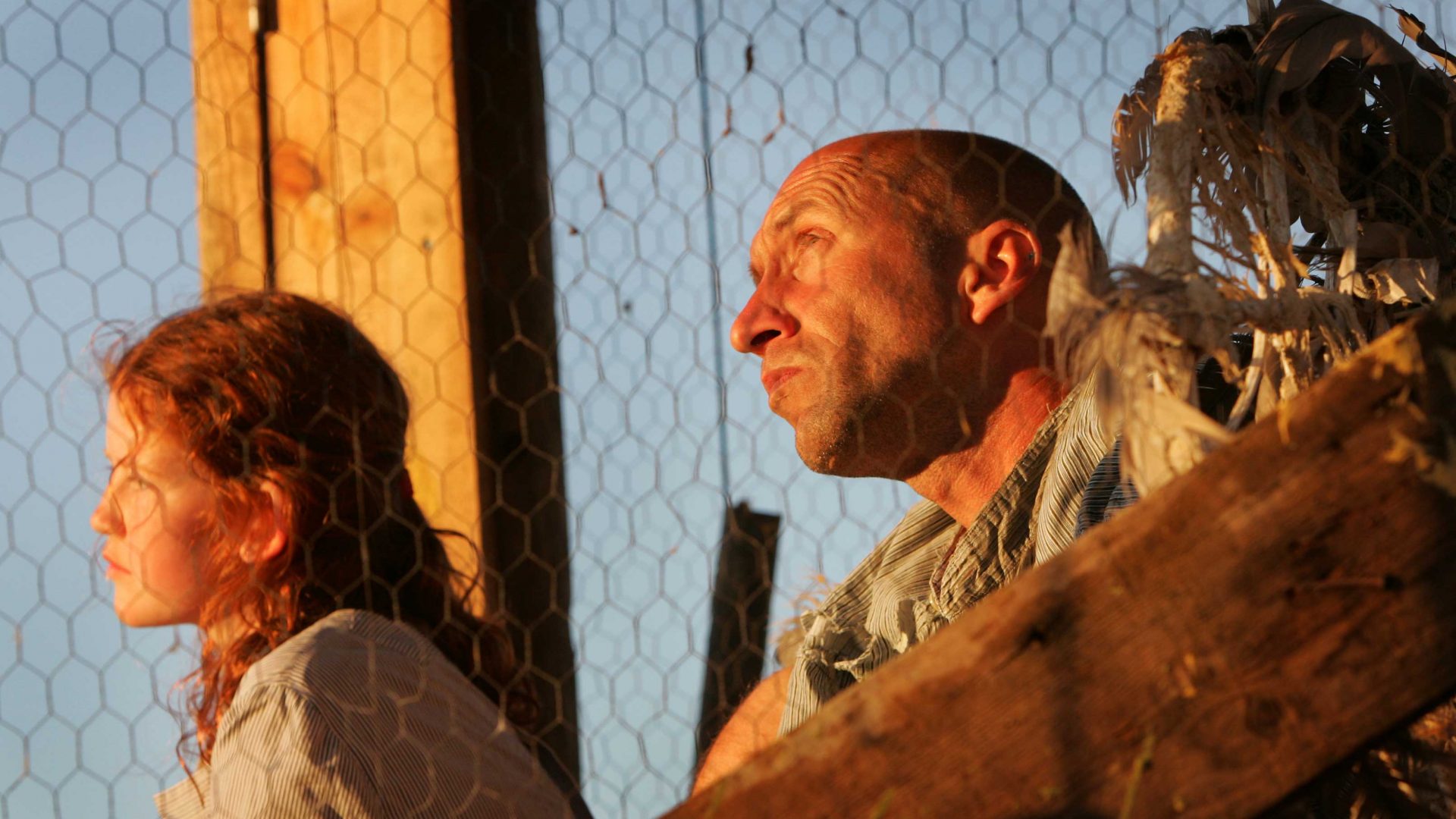 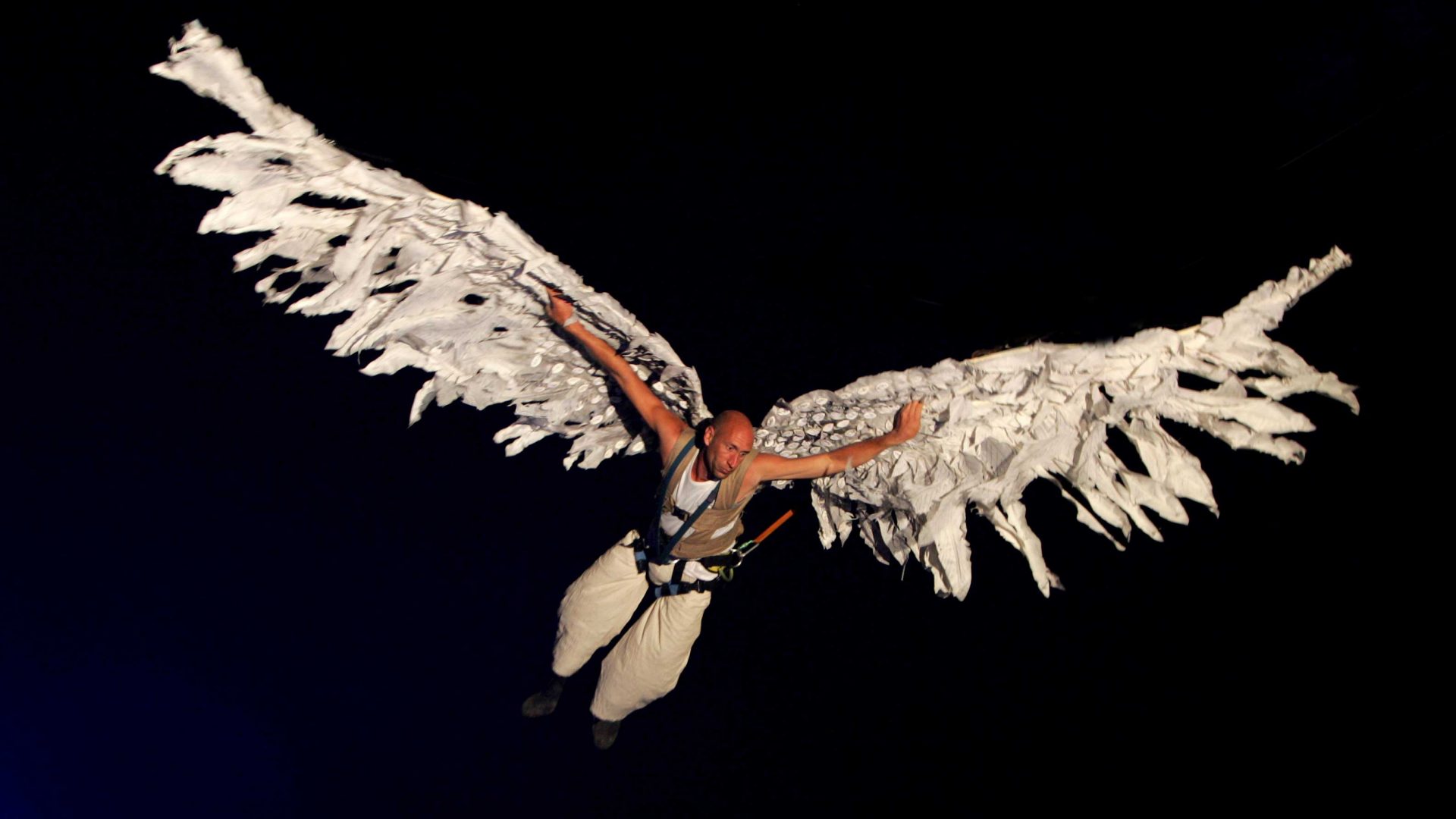 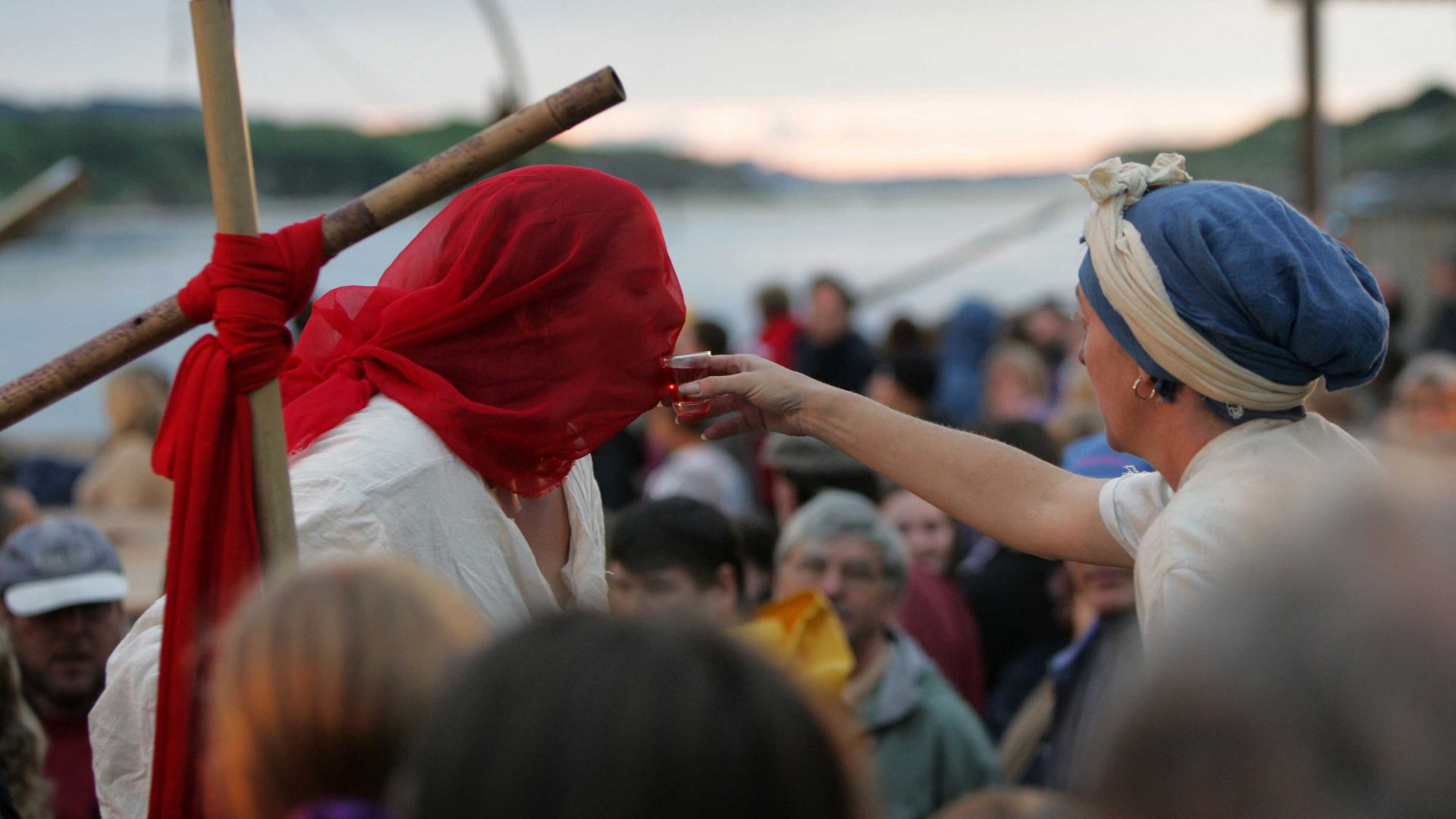 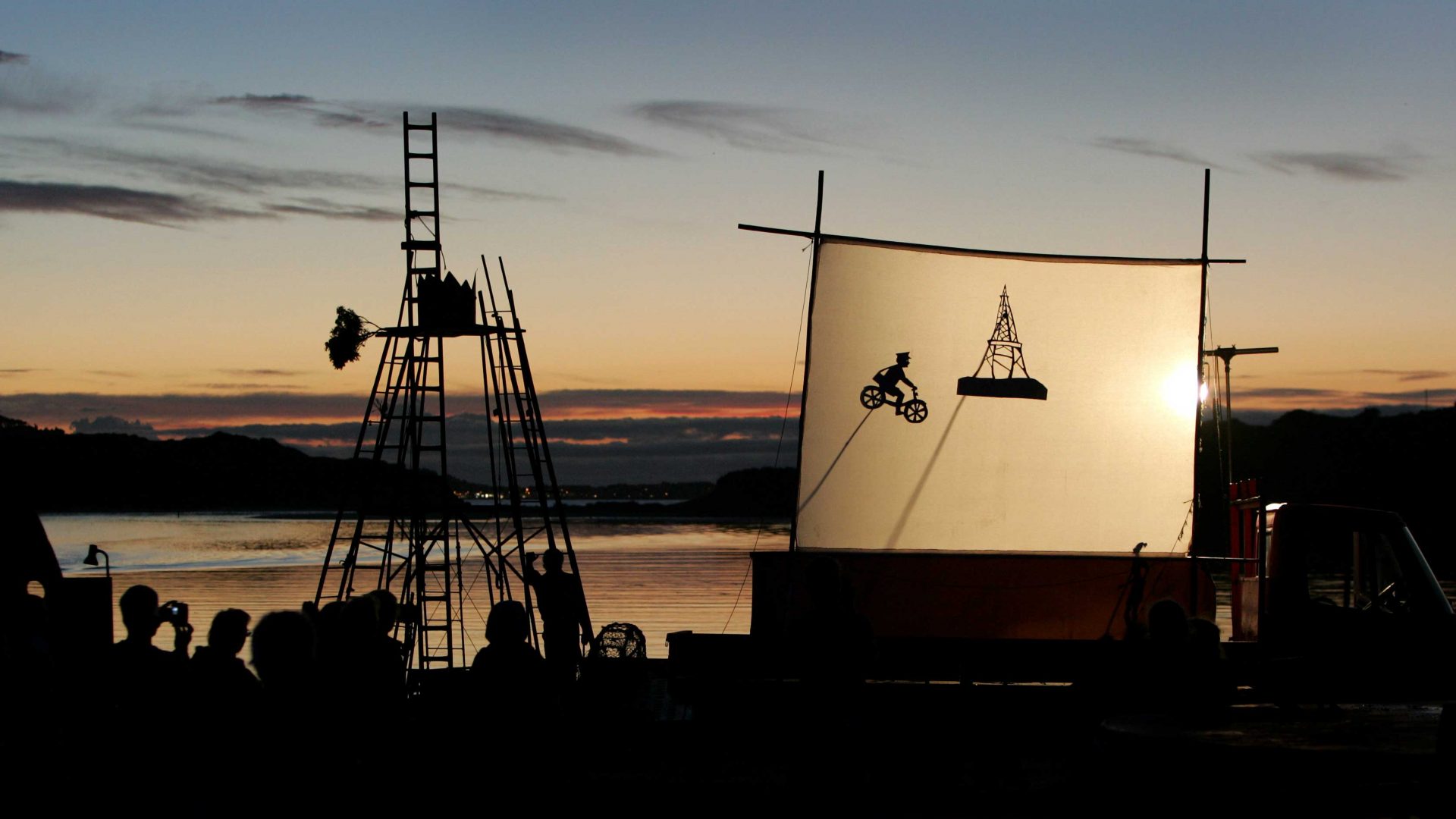 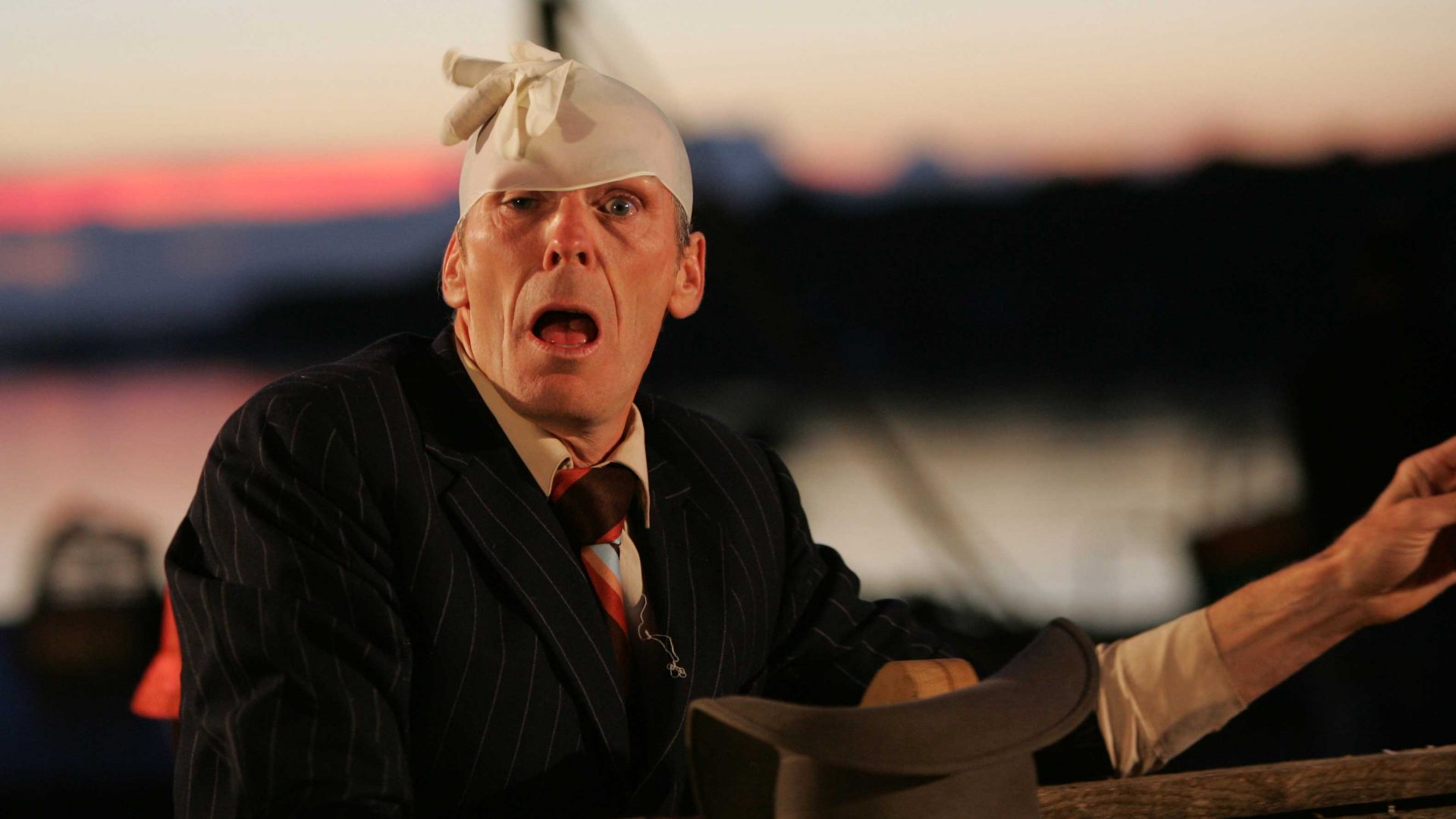 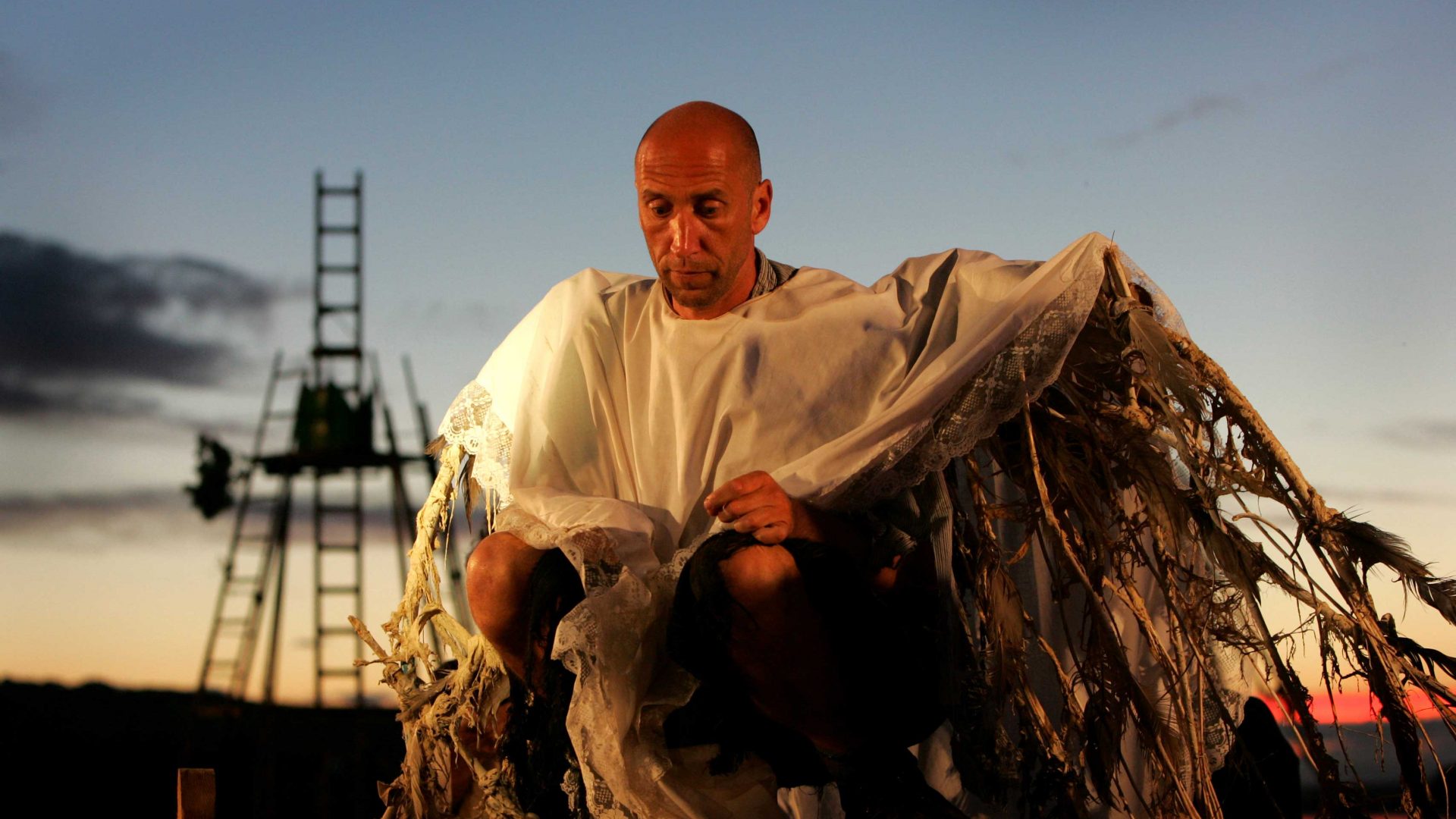 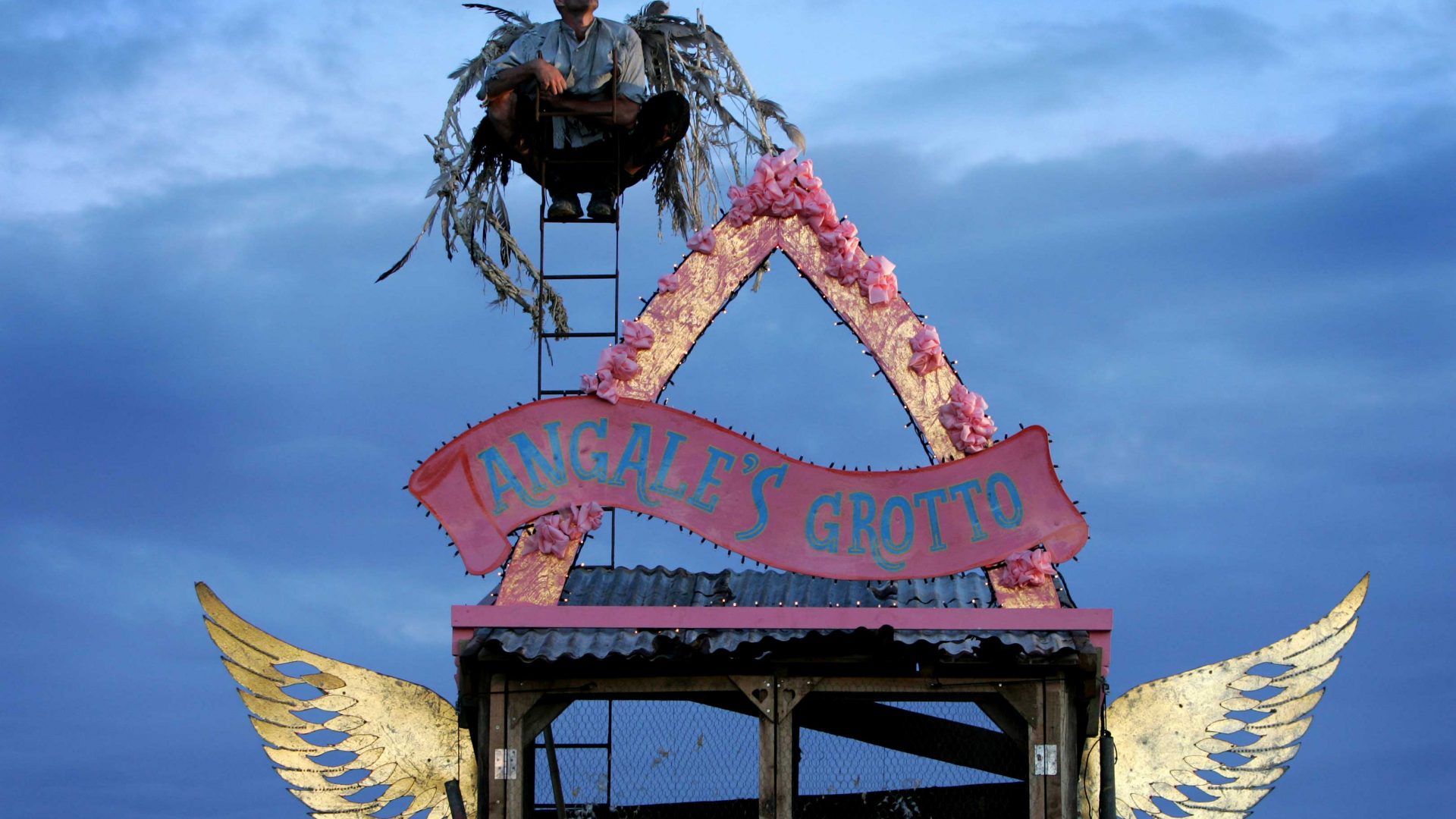 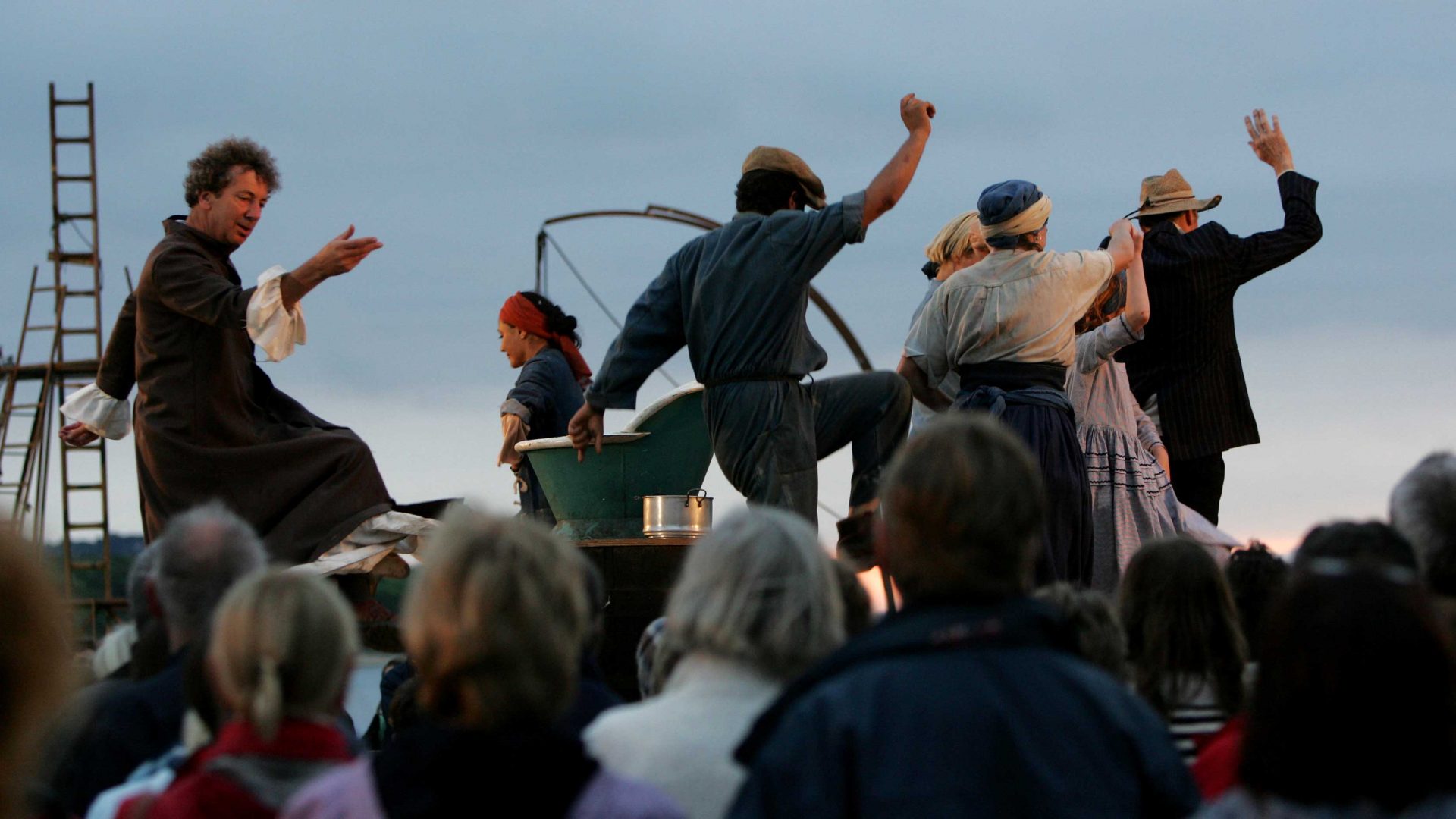 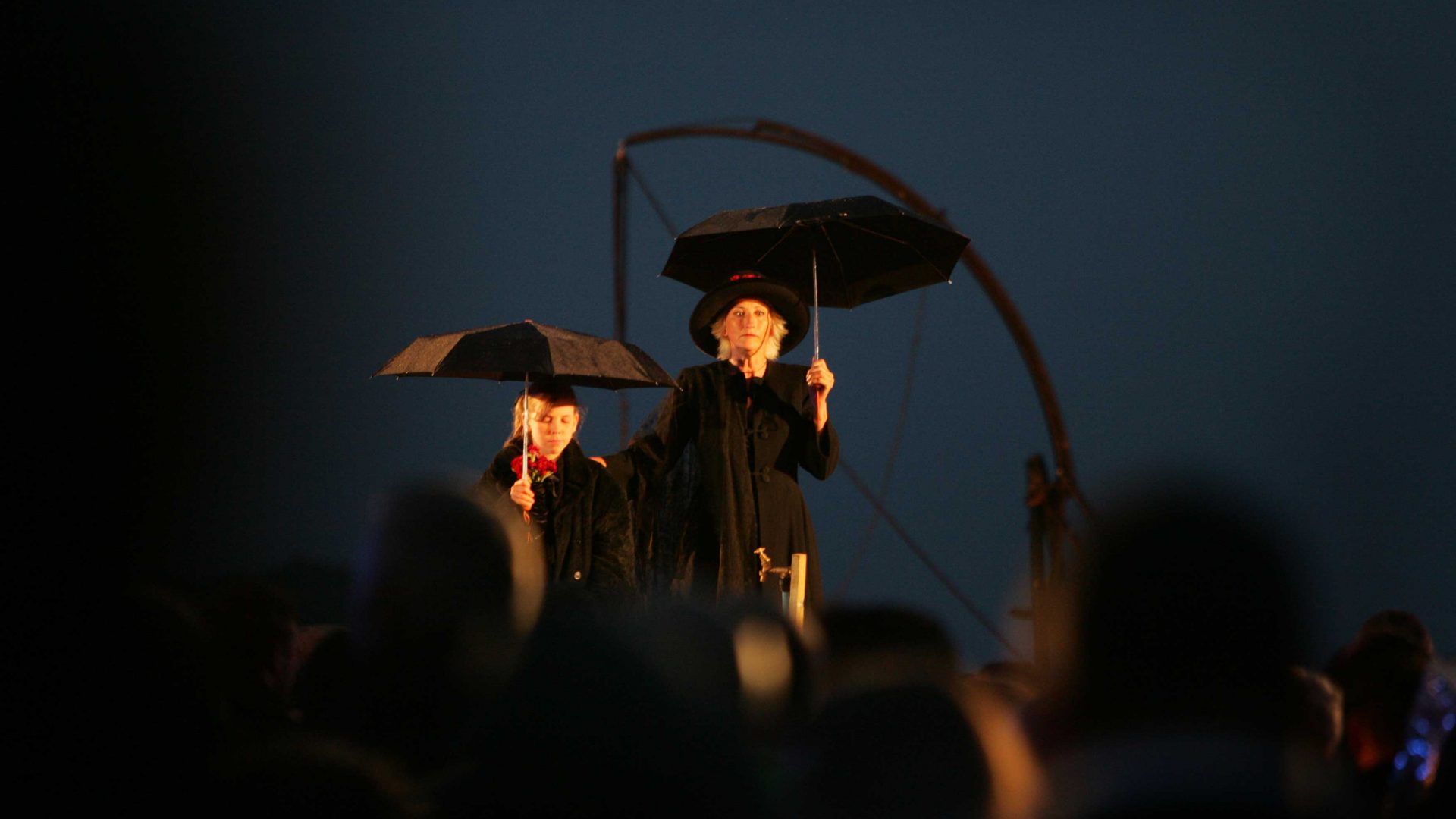 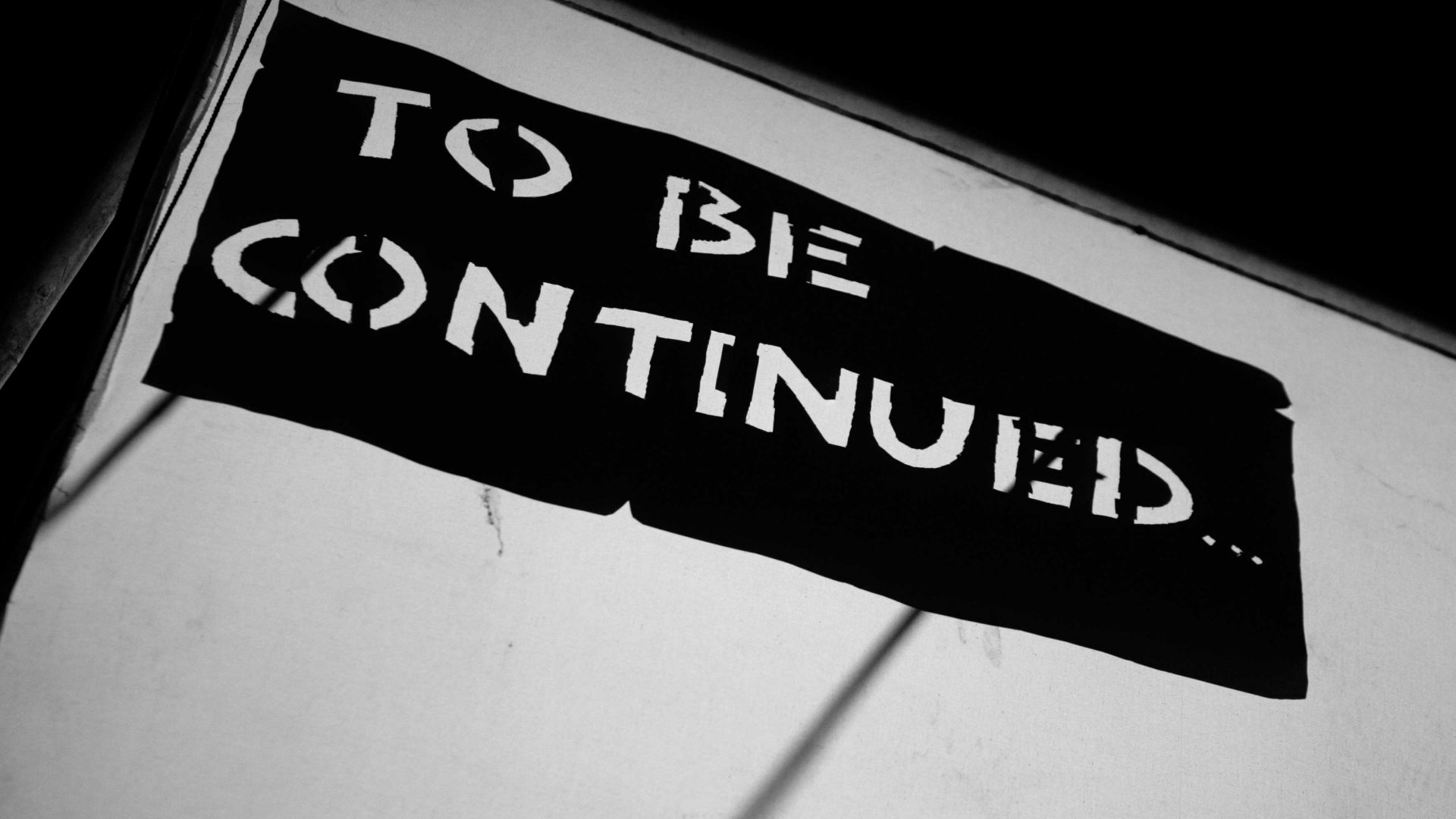 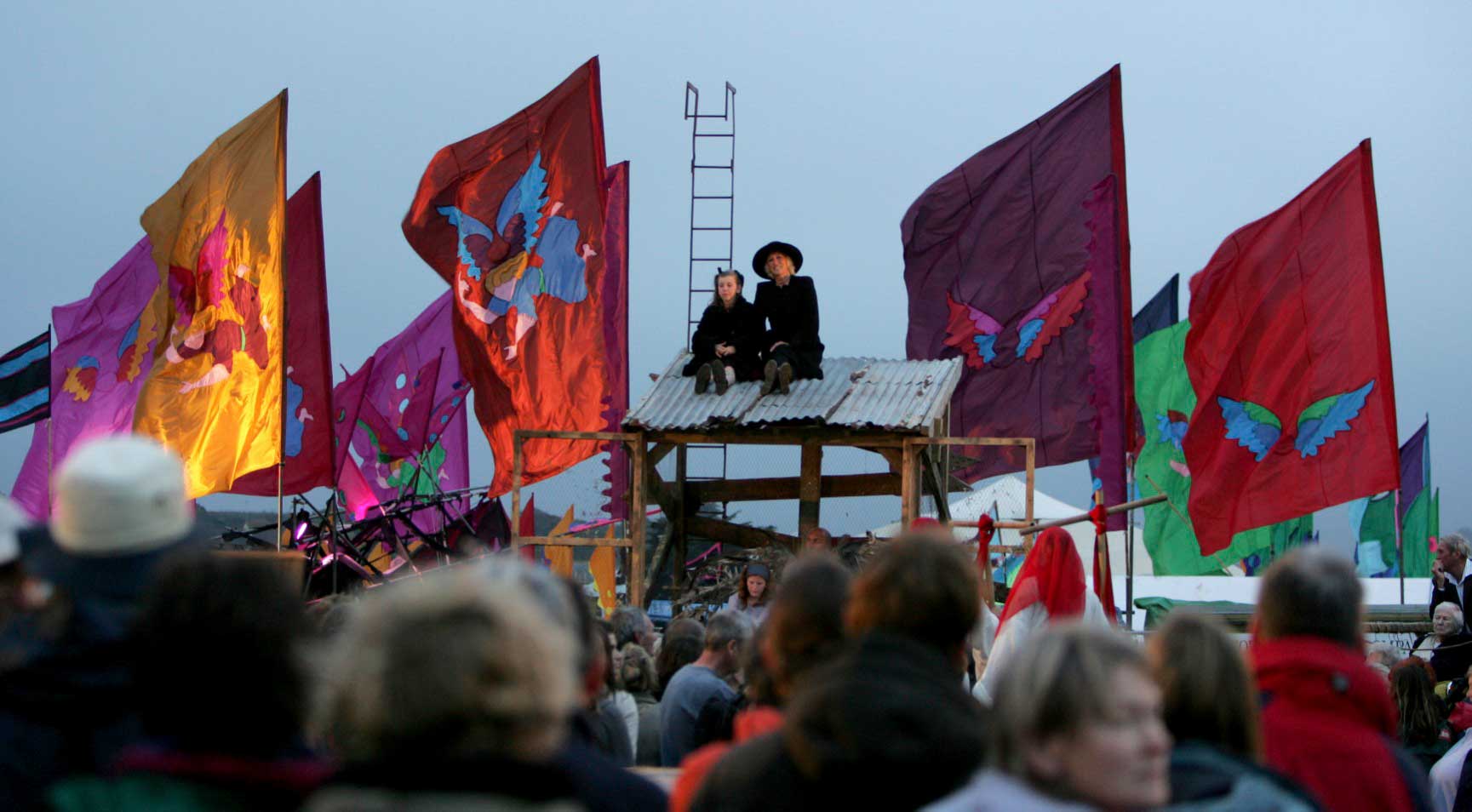 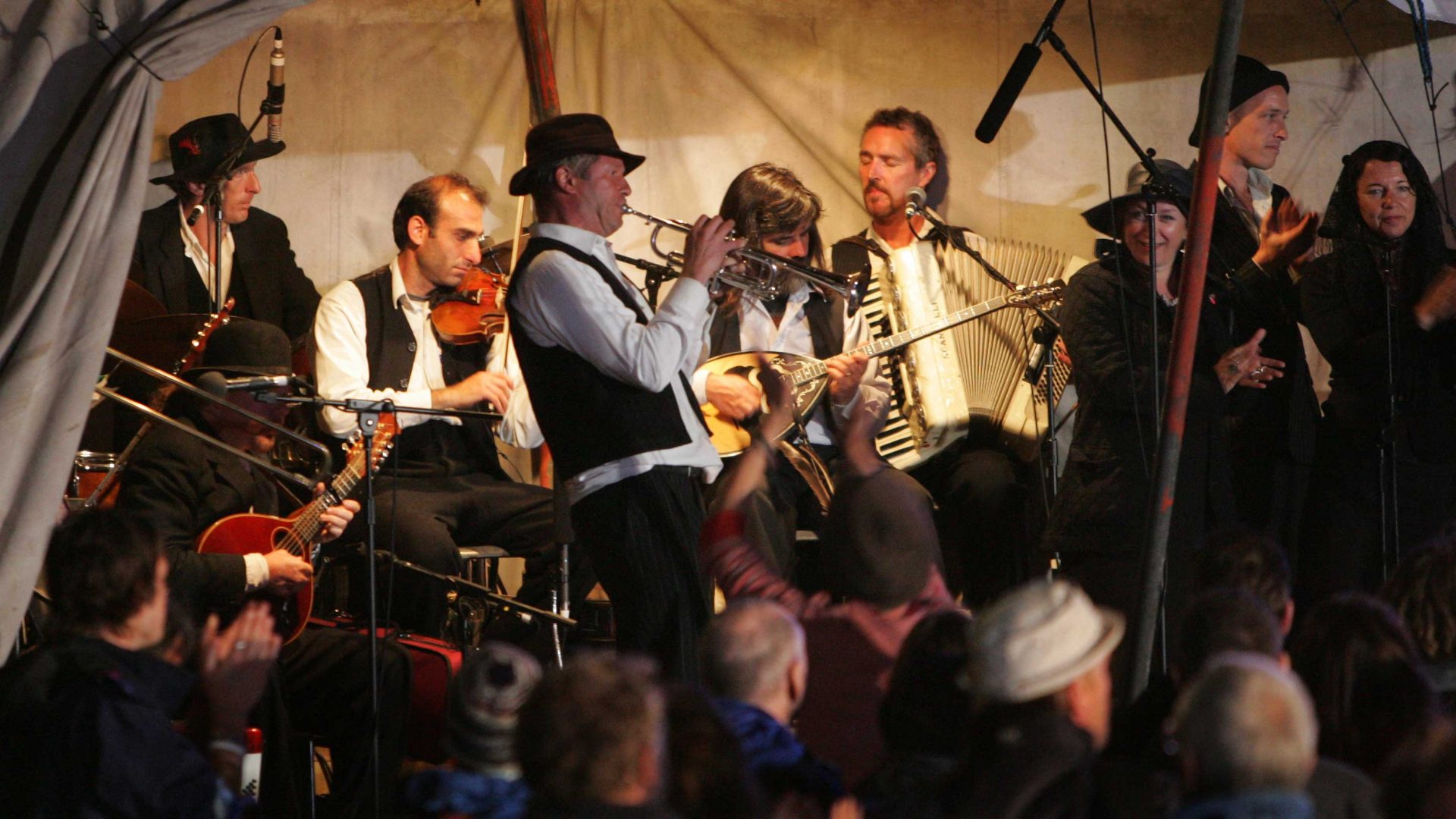