Each evening we battened down the hatches and raised our sails. At night time, some of the findings and imagery from the day were projected onto the sail.

Over the August Bank Holiday 2012, a huge sea-faring vessel stood in Theatre Square outside the National Theatre in London. Ark-ive was built in collaboration with National Theatre as part of the Inside Out Festival. Ark-ive became a space to explore man’s complex relationships with the animal world – categorised into three areas: the animals in our homes, the animals in our heads and wild encounters with animals. Each evening we battened down the hatches and raised our sails. At night time, some of the findings and imagery from the day were projected onto the sail. Some questions asked by the Ark-ivists on the Ark-ive were: Are there animals in your dreams? What do they do? If you were an animal what animal would you be? Have you ever met a wild creature? What happened?

“Wildworks proves you can be experimental and yet humane and shows that theatre which sails out of buildings and away from texts does not always abandon stories. Ark-ive, an interactive installation that explores the relationships humans have with animals, looks set to soar. Just outside the National, a grey clinker-built boat has been beached: constructed from recycled scenery and riverside salvage, it’s about 17 metres long and has a 10 metre-high mast. A pack of long-muzzled black dogs wait patiently by the entrance: they’re made out of wellington boots. Processing through the vessel two by two, the audience come across anecdotes, idiosyncratic menageries, exploitation, awe, sentimentality, comic identification. A glass case is filled with animal snow domes: spindly flamingos gangle like anorexic models. Hanging from a ceiling are index cards on which people have written about their encounters with non-domestic animals: one giraffe who nuzzled a child unexpectedly got a slap in the chops for its brass neck. Animal roars issue from a keyboard that will simulate a Noah-style storm; the cast will also use some of its beast sounds as secret signals for coffee breaks. In one corner the human and the bestial are completely fused when spectators’ faces are elided on a screen with the creature with whom they have most in common. Volunteering that I was talkative, walked quickly and was heavy on the mascara, this critic ended up as a snow leopard.” 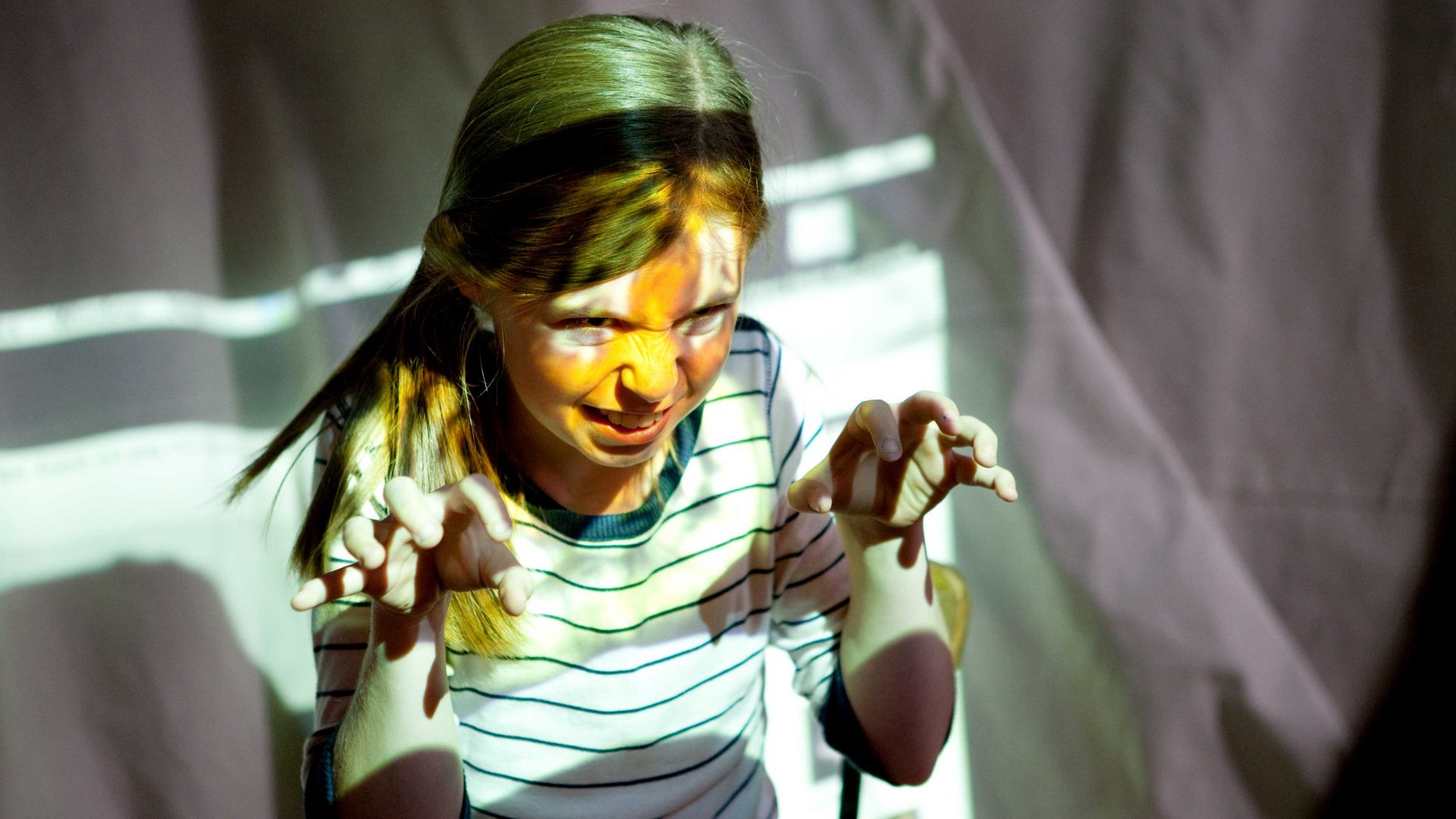 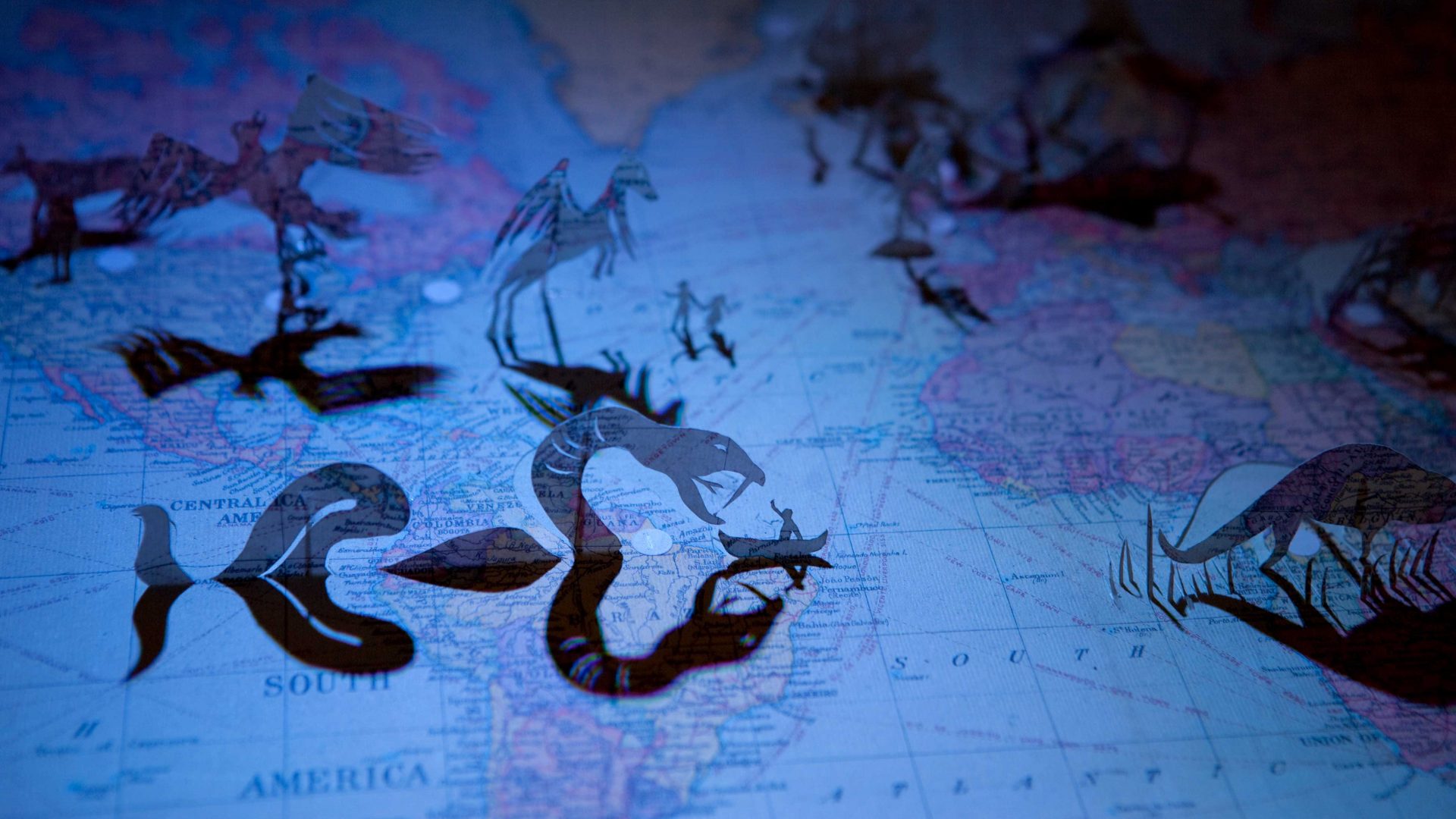 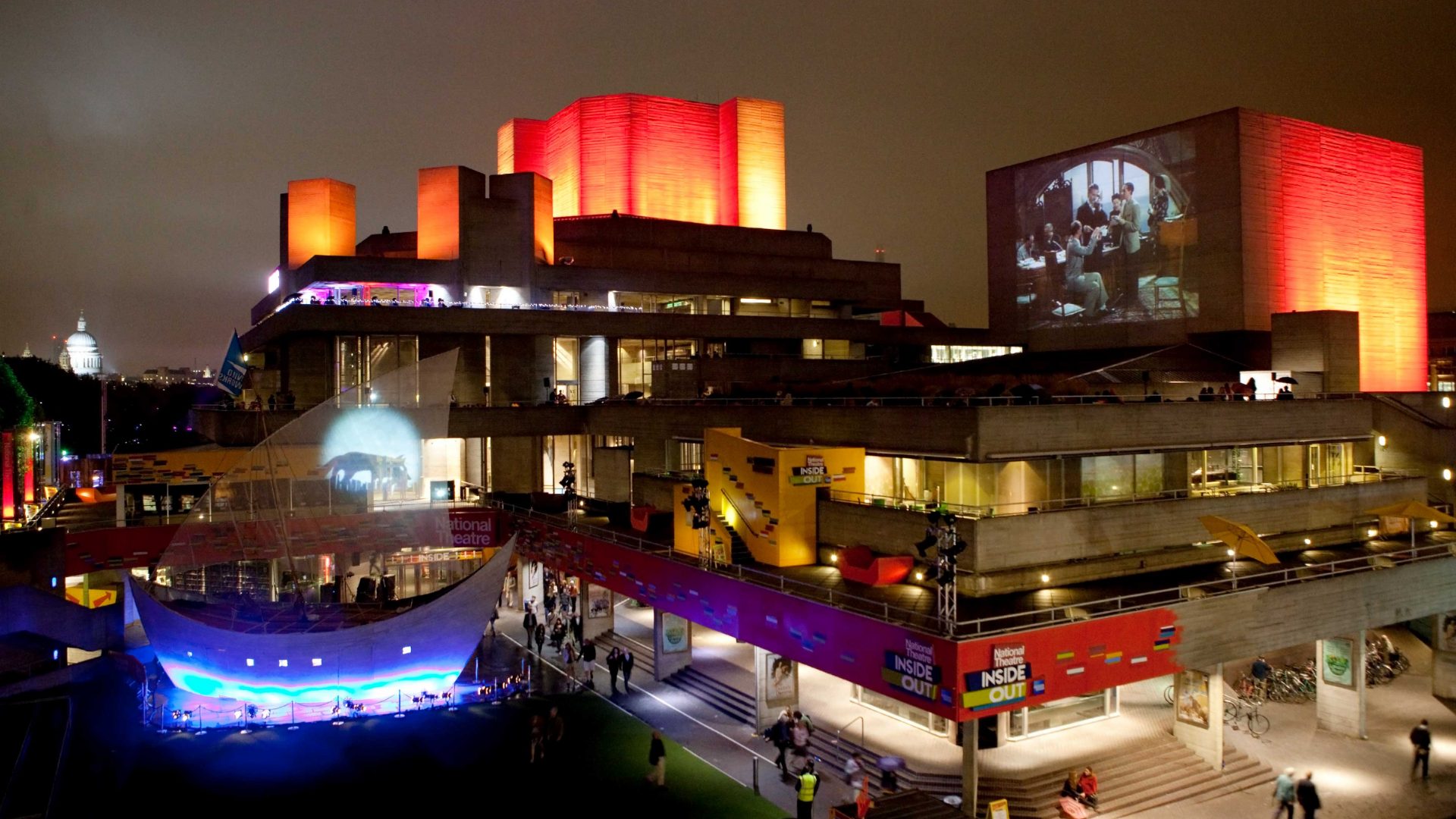 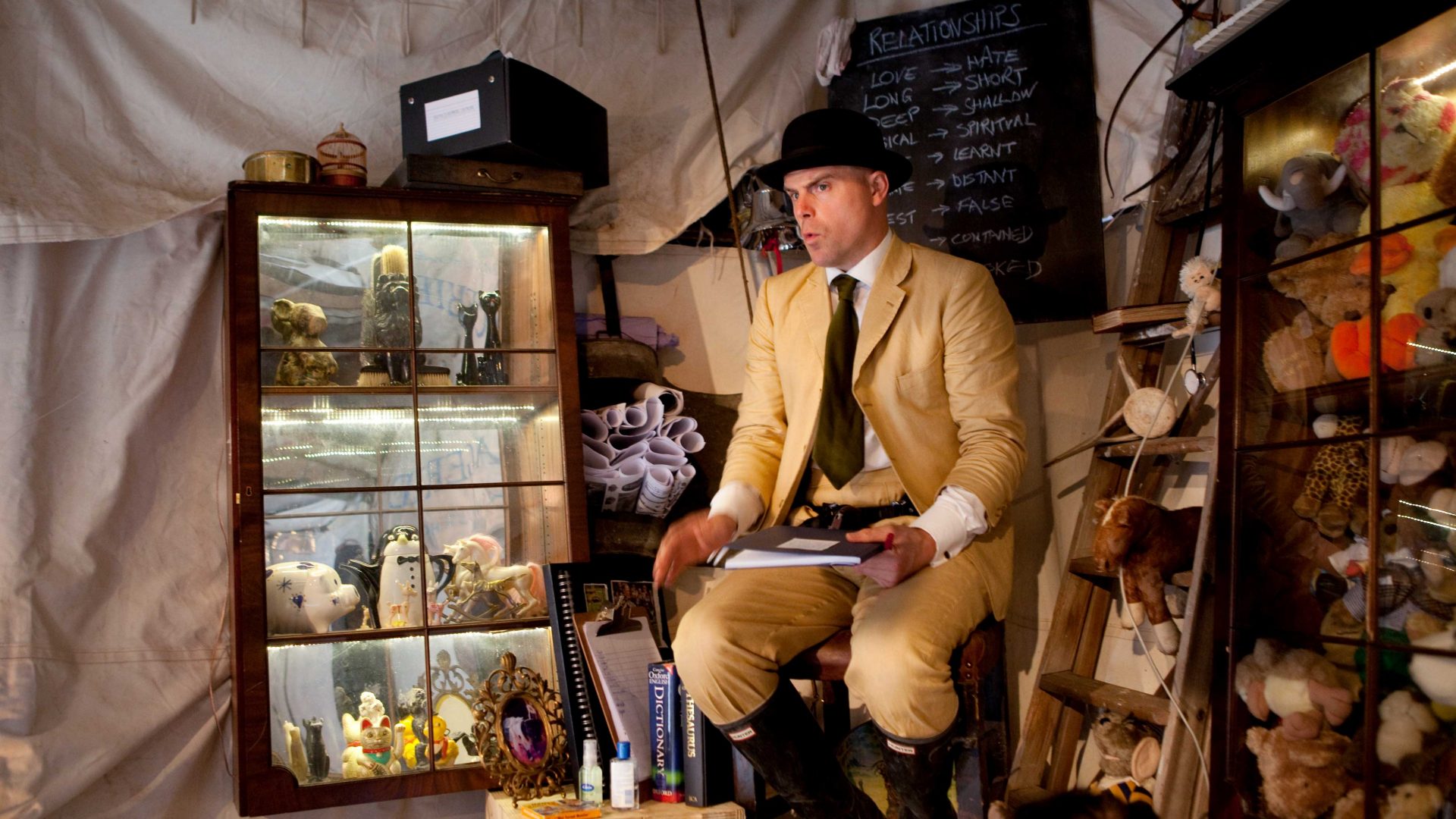 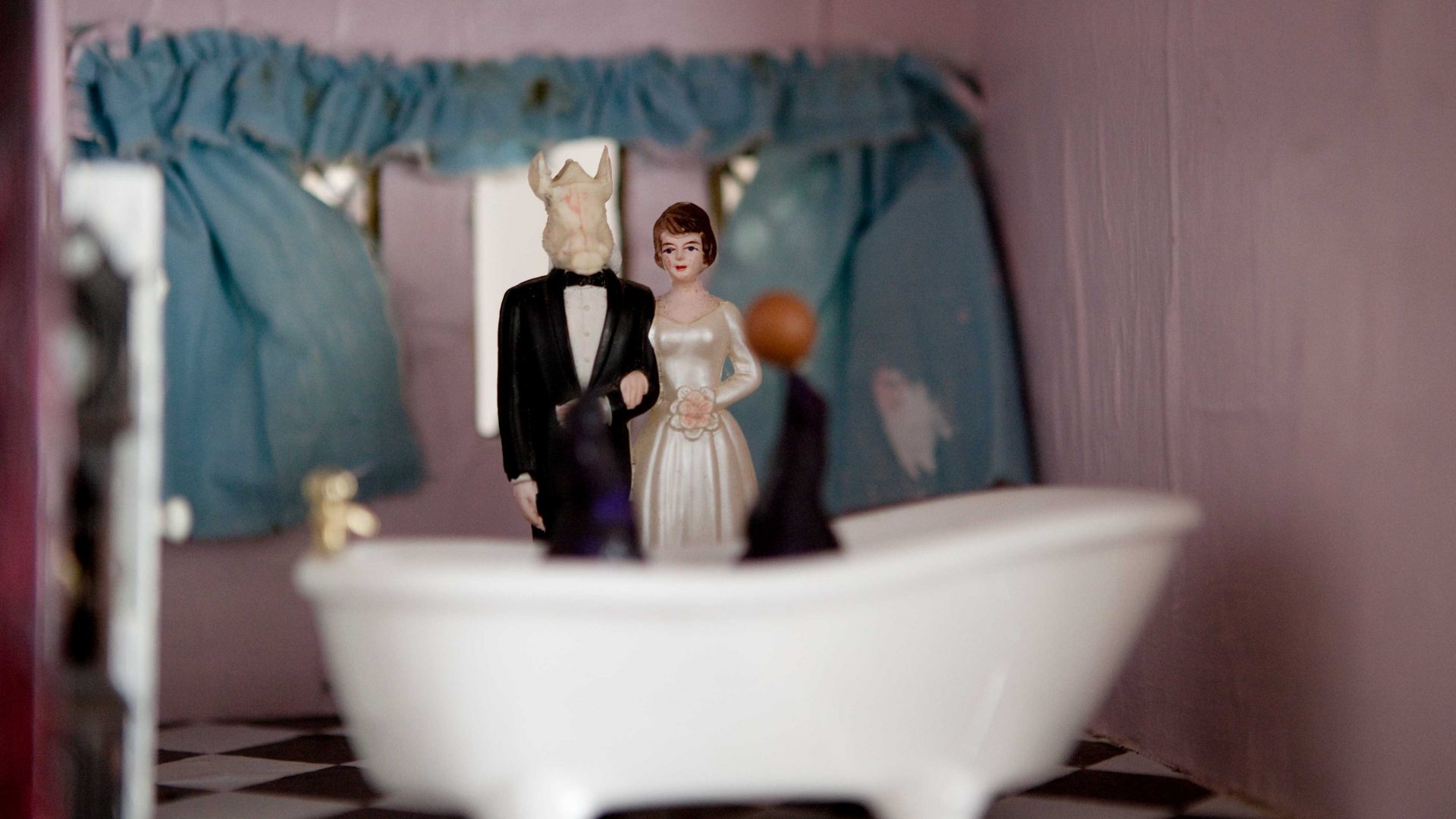 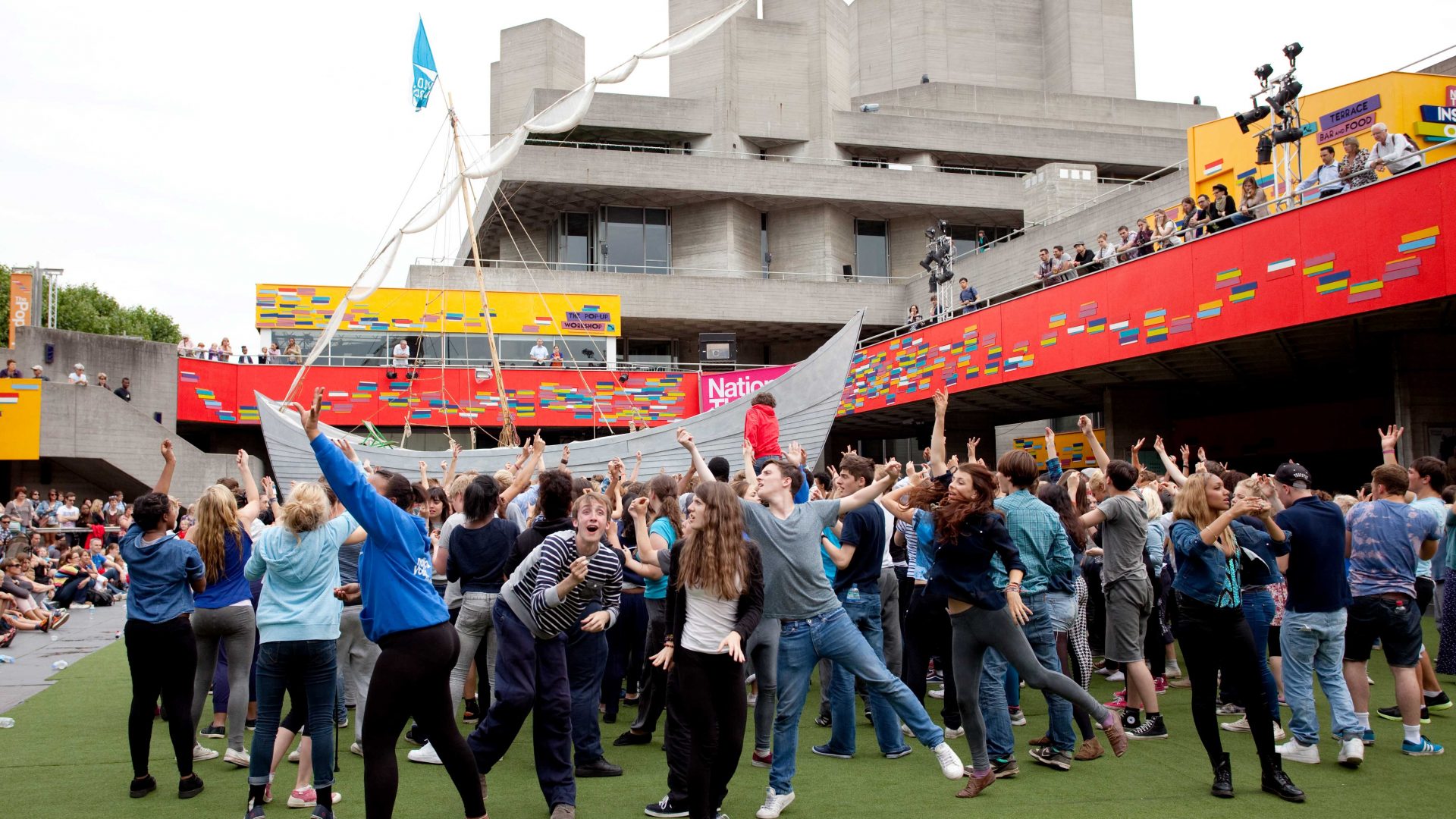 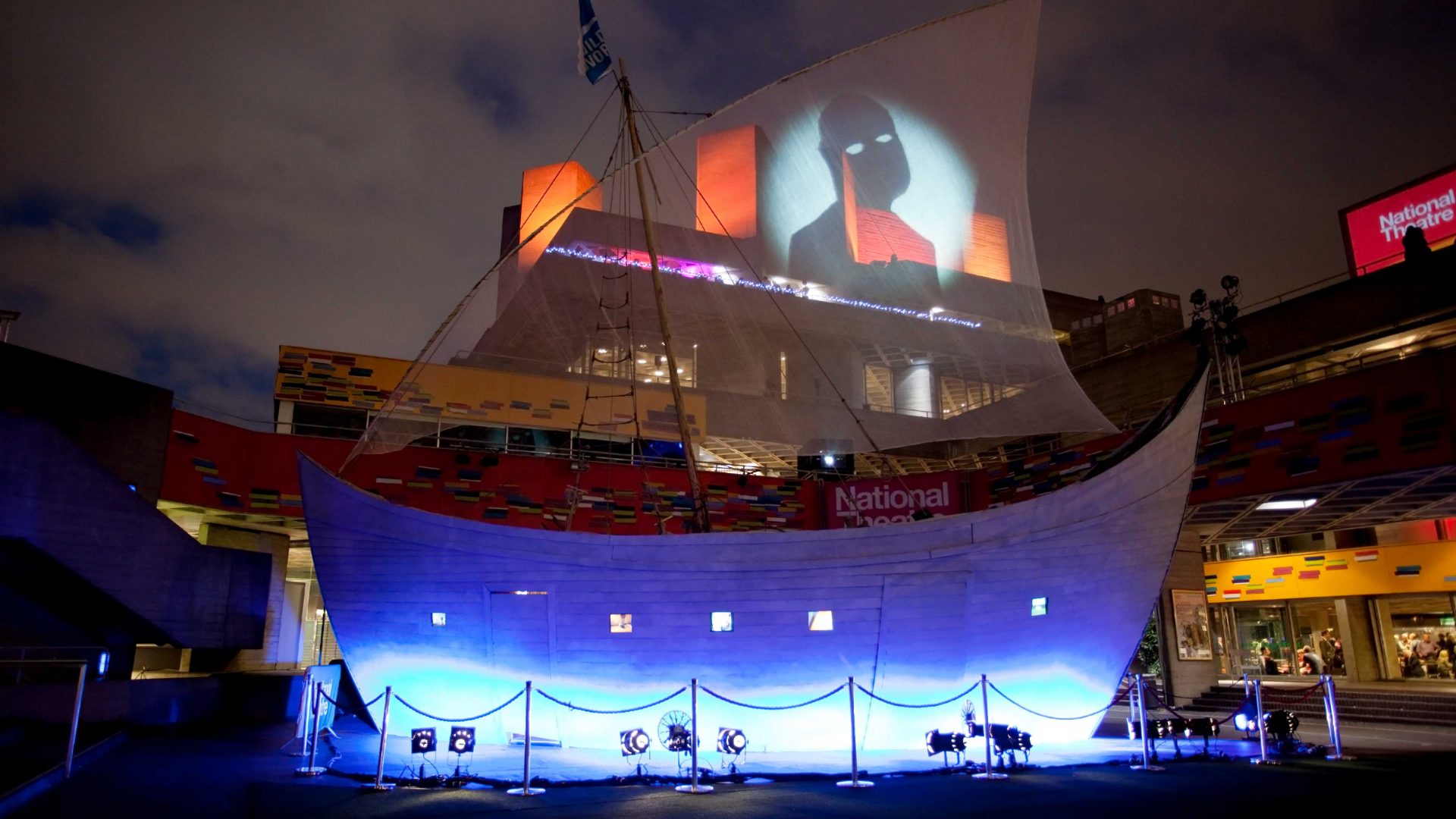